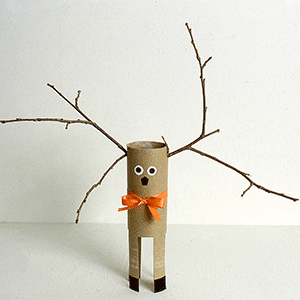 On April 11th, Iceberg Projects is pleased to open an exhibition of early works by Robert Beck and announce a recent outdoor installation by Robert Buck at the School of the Art Institute of Chicago. Together, they comprise the artist’s first exhibition in Chicago.

In 2008, as an artistic act or maneuver, one precipitated by the evolution of his work, the artist changed his last name by a single vowel – from Beck to Buck. Curator John Neff saw Beck’s “true crime” photomontages in reproduction in the mid-1990s. In 2014, he sought out Buck to organize an exhibition of those works, one of which, "The Cornfield" (1995), will be on display. With the inclusion of other “evidentiary” pieces, the exhibition presents an abridged survey of fundamental images and themes in Buck’s work in light of his name change.

Buck will install his public work, "The Shrine (from e to u)" (2000/2012), on the exterior of the School of the Art Institute’s Columbus Avenue building. He will also collaborate with scholar Jeremy Biles on a recorded dialogue for future release.

At the time of his self-nomination, Buck wrote:

I have often described my artwork as having been a means to create a index by which I could make sense of earlier, often traumatic experiences that at the time I could not bear, or symbolize, or make legible, so to endure or transcend them. Basically, by making art, I strove to establish a bulwark against my fears of being overtaken by a surplus of affect or drives – emotion, anxiety, longing, enjoyment – that chance events and contingencies could ignite within me. Evidence of this struggle infuses my work, just look at it: violence, bodies, wounds, holes, camouflage, mimicry, memorials, erasure, guilt, corruption, sex, and death – even my own.

Robert Buck will be lecturing at the School of the Art Institute of Chicago prior to his opening at Iceberg Projects. The lecture is scheduled for:

All non-SAIC affiliated guests must check in with the security desk with a state-issued ID.


Concurrent with Buck’s exhibition, Iceberg will present Iñigo Manglano-Ovalle’s sound work "Sonambulo" in its garden space. The piece takes the form of a New Age “relaxation tape” – sounds of a soothing rainstorm that were, in fact, digitally generated by the artist from a source recording of a single gunshot near his Humboldt Park home.

The Art Institute of Chicago writes of the work:

References to sleep introduce the metaphor of unconsciousness and consciousness. Extending these into the arena of pressing political issues, the work points to the basic differences between awareness and ignorance, social action and neglect. The piece masks the sounds of gunfire with the effect of a natural phenomenon; in doing so, it suggests the ways in which violence and fear too often become the ambient backdrop of contemporary urban life.


Robert Buck changed his artistic signature in 2008 by a single letter from Robert Beck. He is a graduate of NYU’s Tisch School of the Arts, Film and Television Program, and completed the Whitney Museum of American Art’s Independent Study Program in 1993. His work has been exhibited internationally and is included in museum collections across the US. He is represented by CRG Gallery, New York City, Stephen Friedman Gallery, London, and Galerie Nora Fisch, Beunos Aires. A survey of his work, “States of America”, will open in May 2016 at the Pizzuti Collection in Columbus OH. Buck lives and works in NYC and Far West Texas.

Iñigo Manglano-Ovalle (b. 1961 in Madrid) is a conceptual artist working across media to create works that challenge our notions of the political and the cultural. His work currently regards the inversion of utopia, the fabrication of war, and the hypersonic re-entry of Modernism. He is the recipient of numerous awards, including Guggenheim and MacArthur fellowships. Manglano-Ovalle has presented major projects at SITE Santa Fe, New Mexico; KW Institute for Contemporary Art – Kunst-Werke, Berlin; The Art Institute of Chicago; Documenta XII, Kassel; and the Guggenheim Museum, New York and Bilbao. He lives and works in Chicago, Illinois.

John Neff is an independent arts administrator based in Chicago. This exhibition is the fourth in a planned five-part series including the exhibitions Dead Center / Marginal Notes: John Boskovich (2008), John Neff Prints Robert Blanchon (2011), and Tony Greene: (2014).