Behind the music: Two shows get in the groove with LP Art |
Time Out New York
August 02, 2001
By Martha Schwendener 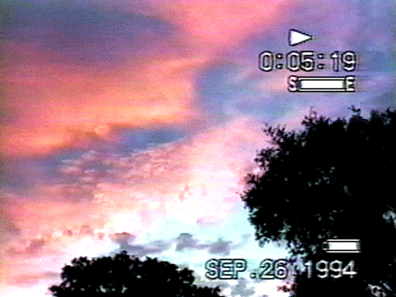 The mutual fascination be­tween suburban and urban teenagers is often remarked upon: Suburban kids long for the street cred of their city counterparts, while kids from the ‘hood envy the affluent comforts of mall culture. You might say the same about visual artists and pop musicians. Artists working in “high” culture envy the every-man accessibility of musicians— and covet the nascent possibility of achieving actual, not just figu­rative, rock-star status. Musi­cians, on the other hand, jump at the chance to play museum and alternative-artspace gigs, since that’s about as close as they’ll ever get to entering the pantheon of High Art.

Despite this ongoing love affair, all too few examples exist that show a successful mix of art and pop music. Crossover acts never manage to entirely “cross over,” in­stead becoming either an “art school” band—like the Talking Heads, Gang of Four or Chicks on Speed—or; conversely, an artist standing in the shadow of his or her former musical aspirations (Tony Oursler and Mike Kelley come to mind). Still, two exhibitions cur­rently on view, “Song Poems” at Cohan Leslie and Browne, and “The LP Show” at Exit Art, linger at the intersection of art and music. Both shows are well worth seeing, even more so because they lean in opposite directions.

“Song Poems,” an interdiscipli­nary collaboration orchestrated by Los Angeles painter Steven Hull, is the artsier of the two. Hull commissioned poems from 40 writers, including Lynne Till­man, Darcy Steinke and Rick Moody, and then handed the poems over to bands, who used them as lyrics for songs. The music was given, in turn, to artists who used them to create videos and album covers.

The results have a quirkiness that functions marvelously in a gallery, but which probably wouldn’t pass muster in the prac­tical world of the music industry. And that’s a good thing: The most boring videos in the show con­form to the standards of the pop music business, while the best videos are the weirdest—like Robert Beck’s Monday’s Planet, which accompanies a song by the Pony Express with lyrics by Hull himself. Beck used video footage that he found in second-hand shops—long, panning shots of subdivisions and people’s remod­eling projects—which is similar in spirit to Jim Shaw’s “Thrift Store Paintings.” Another stand­out is Martin Beck’s video for Stinkgroove (a band led by artist Georgina Starr), in which a disco ball sits under changing light in a fixed deadpan shot Barry Morse s video for Song for a Righteous Revolution a tune by Smallfrye includes an oddball cast replete with a muscular dancing drag queen a Pee wee Her man impersonator and a guy who resembles the lead singer of Right Said Fred (of “I’m Too Sexy” fame). The best album covers are wildly impractical, too: oversized, hand-painted or; in the case of Shana Levy’s The Coldness, made of Styrofoam and lit from behind. In Exit Art’s “The LP Show,” organized by writer and curator Carlo McCormick, the world of music rules. Billed as an “homage to a dying art form,” the exhibition features an extraordinary installa­tion of yards and yards of album covers—more than 2,500 are on view, most of which are arranged by theme. While none of these are spelled out, you’ll quickly decode the common threads, just as you do in a good game of Concentration.

One such grouping gathers covers that feature a single face— whether it belongs to a childlike Barbra Streisand, a vigorous Nat King Cole or a friendly Grover (from Sesame Street). Another se­lection brings together folks with funky hair, from Little Richard to Grace Jones—and some with no hair at all, like Isaac Hayes’s smooth dome which dominates the cover of Hot Buttered SouL.

The categories get stranger and better, with motorcycles, animals, phallic references, comic-book he­roes and Op Art being just a few of the motifs popping up on a surpris­ingly wide variety of albums. There are numerous versions of The Sound of Music, along with images of outer space, televisions, sports, guns, drugs, ventriloquist dolls, cocktail paraphernalia and graffiti (think defaced subway-station posters, and transfer that image to your record jackets). Military I themes grace both Ballads of the Green Berets and a compendium of Nazi marches, songs and speeches. Also deserving special mention is the section that groups album titles beginning with “Music for…” (Soulful Lovers, Pooped People, Men Only) along with music “to Help You Stop Smoking” and, be­lieve it or not, “to Sell Oscar Meyer Weiners By.”

Some of these collections have been guest-curated by musicians. Artist and composer Christian Marclay’s installation is simple but spot-on: A grid of Whipped Cream and Other Delights by Herb Albert and the Tijuana

Brass (which features a naked woman covered in white froth) is interspersed with spoofs on the same, including comedian Pat Cooper’s Spaghetti Sauce & Other Delights and the Frivolous Five’s Sour Cream & Other Delights.

Jazz-punk John Zorn displays a portion of his collection of Japan­ese music, and Thurston Moore of Sonic Youth offers a clever wall of black-and-white covers that reveals that rocker’s rarefied tastes and influences. In addition to five Sun Ra covers, you’ll see jackets for hipster jazz artists like Noah Howard, the French actress Jeanne Moreau, Iggy Pop’s 1977 Suck on This collabora­tion with David Bowie, plus a rare demo album that teamed ‘70s CBGB pioneers Television with the eclectic Brian Eno.

Both of these shows have their weaknesses. “Song Poems” is a little too insiderish, since, apart from the writers, most of the artists and many of the musicians involved are Hull’s pals from Cal Arts (where he studied). “The LP Show” reminds viewers that pop music—no matter how alternative or underground—suffers from a sexism more virulent than any found in the contemporary art world. Couldn’t McCormick find one female LP-cover designer or woman with a record collection to spice up this boys’ club? Despite these quibbles, the pair of shows commendably push the boundaries by bringing music into the gallery, and showing that art and design have always been crucial to market­ing music. With more than two and a half hours of video in Chelsea and thousands of LP covers in Soho, you could fill a whole hot afternoon with cool viewing that’s in the groove.