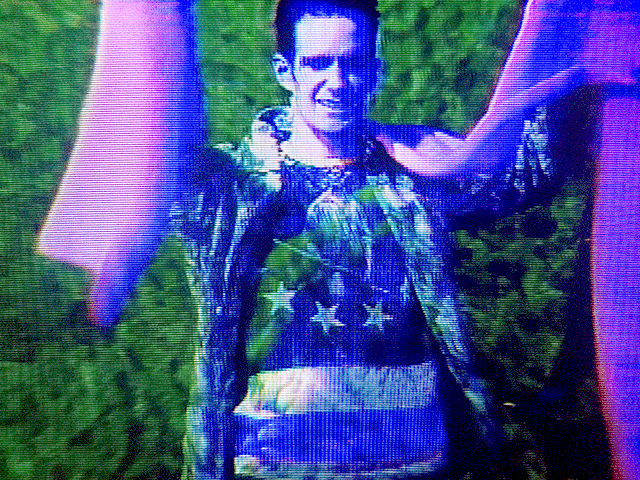 Wearing the clothing from and set against the backdrop to a Stephen Sprouse fashion video we styled and shot, two friends and I made a music video birthday gift for my girlfriend at the time. Incarnating the technology of the era, we’re caught on tape by two cameras, dancing, jumping, pushing, pulling to Metallica’s “Orion”. In post-production, using the search-knob on a Sony U-Matic VO-5800 VTR, I slowed, sped, advanced, reversed, arrested, and released our movements. With an ISI 902 video mixer, I doused the scene with synthesized colors and switched between the two recordings, snapping our bodies near–far, left–right, he–she, you–me. The analog manipulations are the effect of a later choreography, my hand at the controls. The cascading frames index the freedom and spirit of youth and young love. The second in a chance series of video birthday gifts, in which the recipient was given a VHS copy of the finished U-matic tape. PLAY LOUD.
x