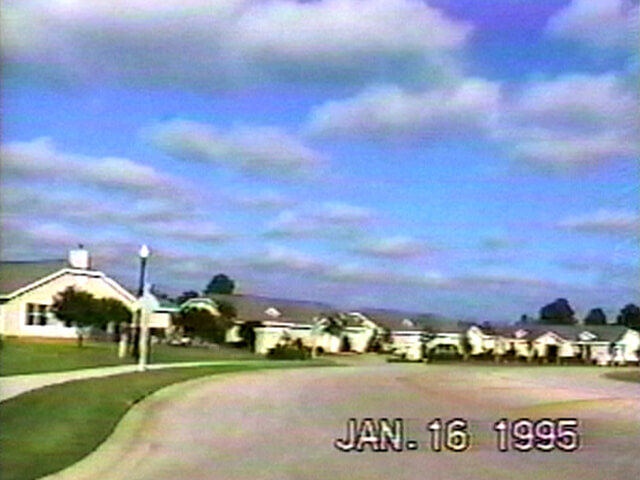 Song Poem ("Trips Visits") is composed of excerpts from VHS videotapes I found in thrift stores. It was created for "Song Poems", a show inspired by a 1960-70s mail-order sensation, in which consumers, for a fee, could have their poem set to music and returned as a “single.” The show's curator solicited lyrics from twenty-seven writers and artists, invited musicians to turn them into songs, and then asked artists to transform the songs into videos, posters and LP covers. The Pony Express, an alternative New York rock band, composed the song for "Trips Visits", with lyrics by the show’s curator, Steven Hull. The private lives of others littered at second hand stores, and later online, is the first inkling of the evolution of civilization calibrated to the obsolescence of technology. Here is life in the alethosphere.
x