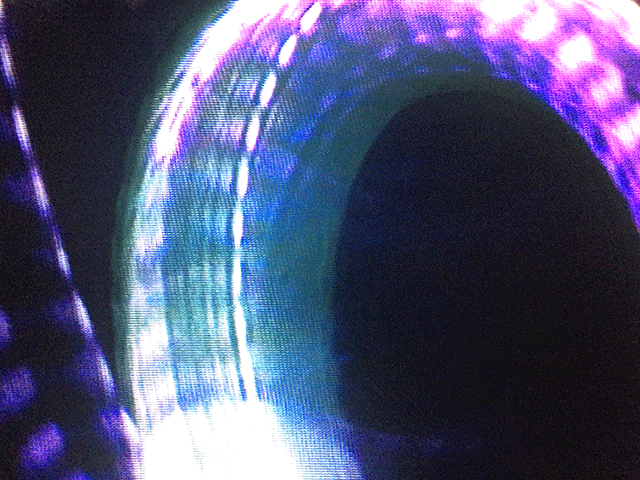 On a New York City summer night in 1986, listening to and motivated by The Smiths’ song of the title, I aimed a video camera at a street lamp across Waverly Place from the second floor window where I was standing, the loft where Electronic Arts Intermix was located at the time. I zoomed-in on the mercury vapor lamp to exploit the ghosting caused in low light conditions by the camera’s vidicon picture–tube. I wheeled, bounced and swung the camera to the music, and kindled comets, serpents and spirals of tumescent light. The song elapses and time vaporizes in the arabesques of mercurial illumination, though total abandon is only sideswiped: "But then a strange fear gripped me and I just couldn't ask". For like the drive circling its elusive object, there is a light that never goes out. PLAY LOUD.
x