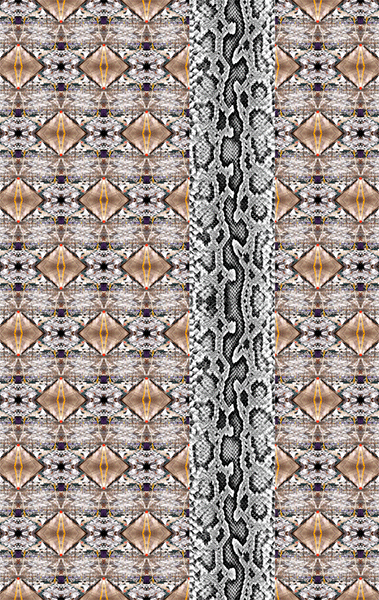 As I write, on September 6, 2017, The New York Times headline reads, “U.S. Ends Program Giving ‘Dreamers’ Legal Protection”. Donald Trump has urged congress to pass a replacement program before the protections guaranteed by the current one are phased out within the next six months. “As early as March, officials said, some of the 800,000 young adults brought to the United States illegally as children who qualify for the program, Deferred Action for Childhood Arrivals, will become eligible for deportation”. [1] The day before, a New Yorker feature titled "Trump's Move to End DACA and Echoes of the Immigration Act of 1924" announced “By ending DACA, President Trump seems to be trying to resurrect a national immigration policy defined by racial engineering." [2]. This is yet another devolution of our democracy by the Trump administration. With it comes deeper despair, one of the many effects it's meant to provoke.

Art making is increasingly an indispensable tool with which to navigate, modify and refuse the anguish. Art making, which is a know-how, precedes knowledge. In my case, the most effective knowledge or discourse to frame my work and its circulation is contemporary psychoanalysis, not the university discourse, which is “knowledge put to use on the basis of semblance.” [3]

In the advances May of ’68 promised––e.g., the demise of patriarchal power, unprecedented and liberating definitions of the body, new social bonds and brotherhoods––French psychoanalyst Jacques Lacan had this to say: “When we come back to the root of the body, if we are to reassert the value of the word brother, … you should know that what rises up, the ultimate consequences of which have yet to be seen––and which takes root in the body, the fraternity of the body––is racism”. [4]

In October 1968, in “Note on the Father and Universalism”, Lacan wrote, “I believe that in our day and age, we could classify the mark, the scar, left by the father’s disappearance under the heading and general notion of segregation. The common belief is that our civilization’s universalism and communication standardize human relations. I, on the contrary, believe that what characterizes our century – and we cannot fail to be aware of it – is a complex, reinforced and constantly overlapping form of segregation that only manages to generate more and more barriers”. [5]

In following Lacan's logic, since we're unaware of the enjoyment from which we might orient ourselves, we can do so only by rejecting the enjoyment of others. He criticized this double move of colonialism and the will to normalize the immigrant with the paternalistic justification that it’s for “his own good”: “Leaving the Other to his own mode of jouissance, that would only be possible by not imposing our own on him, by not thinking of him as underdeveloped. […] How can we hope that the empty forms of human-hysterianism [humanitairerie] disguising our extortions can continue to last”. [6]

Finally, in 1967, in reference to the antecedents of Nazi barbarism, Lacan observed: “Let me summarize by saying that what we have seen emerge from this, to our horror, represents the reaction of precursors in relation to what will unfold as a consequence of the re-arranging of social groupings by science and, notably, of the universalization science introduces into them. Our future as common markets will be balanced by an increasingly hardline extension of the process of segregation.” [7]

The rise of segregation was the catalyst for the 2014 work included in “Strange Attractor”. The fire since I made the work has become a conflagration. Under the Trump regime, and with the President's endorsement, white supremacy is no longer shrouded but exposed––not hoods, faces, with Tiki lamps from Target, not torches.

In our twenty-first Century device-driven and increasingly divisive society, my response, or how-to, is to make art that "in-forms" the logic of the collusion of capitalism and science. The closest art-historical precedent may be détournement and dérive (drift or metonymy) of the Situationists. With the false objects of techno-science in our hands, both a cause and effect of our discontents, the aim is to "derange" culture in order to expose the distortions and disorientation caused by it. My allegiance as an artist––as a one-all-alone––has always been to identity, subjectivity, self.

In March, for the Strange Attractor booklet, I amended a press release I wrote for an exhibition of the "At the end of the day..." paintings when they were first shown in 2014:

"Bisecting the repeating pattern of sand-colored images in "'At the end of the day...' (Holding area, U.S. Customs and Border Protection Nogales Placement Center, Nogales, AZ, June 18, 2014)" is a large contrasting snakeskin print. The canvas insinuates questions about the nature of beauty and globalization—of civilization and its current discontents—by evoking luxury goods, fashion, and decor.

The question was how to handle the death drive, the compulsion to repeat, as it operates today in hypermodernity. The “At the end of the day...” series of paintings formally relies on the grid and its contemporary associations, such as Photoshop and GPS satellites, in order to disrupt it. The paintings rekindle recent headline-news events: inexplicable, yet no longer uncommon, random acts of violence or maleficence. A single image of what happened, or its aftermath—in this case immigrant children detained at a border patrol station in Arizona—salvaged from scores of images available on the internet, is cropped, inverted, multiplied, and digitally printed on canvas. Disrupting the digitally generated mosaic is a silkscreened image of an organically recurring pattern in nature, one with a subliminal link to the event. At first glance, the image-event lattice is likely to be misperceived as wallpaper, fabric, or decor. But think again, and the cascade of recurring images doesn’t confront the troubling event itself, but rather creates a screen, a defense, against it. Given this incessant backdrop, it’s not easy to know what’s “natural” and what’s not."