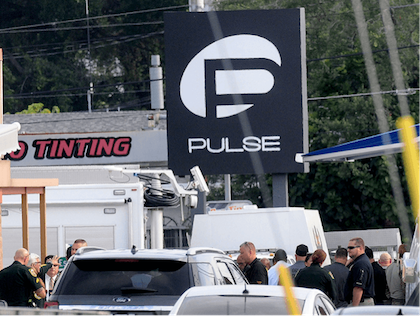 Waking up Sunday morning, June 12th, confronted by the barrage of news about a mass shooting at a nightclub in Orlando called Pulse, one immediately encountered an abundance of conflicting information but a lack of coherent narratives. The search for a unifying discourse was repeatedly thwarted. Was this the work of ISIS? Al-Qaeda? Was the shooter gay? A violent homophobe? Or both? Was he a racist? Was he mentally ill? Was this a hate crime? If so, against the LGBT community? The Latino community? How did he get a Sig Sauer MCX, a full size assault rifle, into the club? The quest for answers grew more daunting and frustrating as the week wore on. An avalanche of additional eyewitness accounts, FBI statements, and media confabulations only increased the surplus of alleged rationales and inconsistent narratives.

Paradoxically, given the profusion of information and possible motives, one faced a breach in knowledge. It was precisely the lack of answers that ultimately emerged as the question itself. This miasma of “senselessness “ is murder in the era of the One All Alone.

The shooting has been referred to as the worst act of terror on U.S. soil since 9/11. A discourse of unity, nationalism and the construction of an evil Other of terror took hold in the wake of 9/11. From Al-Qaeda to ISIS, we’re no longer dealing with the same brand of terror. In the hands of the Other terror appealed to ideals and semblants.

When it comes to these mutating, escalating and traumatizing domestic attacks, we are witnessing a move from Unity to the One. What happens when the limits are lost? A boundless war zone materializes in the ruins of the semblants.

The shooting spree at Pulse, in which 49 young people were killed and 53 wounded, has a different contour than an explicit act of “post 9/11” terror. For the shooter, ideology seemed to be an after thought. The massacre was not an initiative of ISIS. Although Omar Mateem was on the terror watch list, he claimed his allegiance most demonstratively ex post facto. Direct any grievance to one goal, violence, and ISIS will claim credit for it as an act of terror. Any crime in the name of ISIS, pure drive, limitless, and all consuming. Soft targets. Total war. Global.

What function does ISIS fill if they herald The Lone Wolf? The Lone Wolf does not “go postal”. He roams, stalks the periphery, hunts just outside the city limits, on the frontier. For The Lone Wolf the social bond is fugitive. Motivation and intent are replaced by indiscriminatory hatred. ISIS elevates hatred itself.

According to congressional reports, the shooter was monitoring the horror in real-time feeds on his iPhone. “And on Sunday morning, during the siege at Pulse, ‘Mateen apparently searched for ‘”Pulse Orlando”’ and ‘”Shooting.”” [1] “’He even searched for references to the massacre while he was carrying it out’, a United States senator said.” [2] In this phenomenon we witness the underside of the empire of the Imaginary, the terrifying repressed of Internet culture, the darkest web.

From the Lacanian perspective, can the shooting even be understood as an acting out? Omar Mateen, trawling for himself on the screen of his device for Facebook posts during his attack, put himself on the stage of the Imaginary.

A Lone Wolf sought to extinguish the pulse of the joussiance of life. Is this terror in the age of the One All Alone?