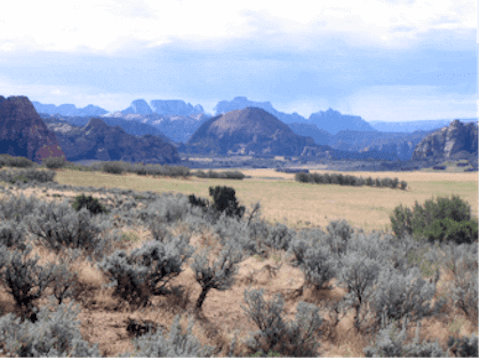 
Fall 2005 finds me at dinner with a friend who tells me she is thinking of changing her name. My reaction is swift and vociferous, even confrontational. I retaliate with words like castration and betrayal. Yet my protestations awake doubt, and rumination ensues. My unrest lingers, and I am troubled.

In August 2007, on a yearly sojourn out west to the high desert of southwest Utah as usual I read. This time though, I encountered a book about James Joyce and psychoanalysis. His relationship to language was tenuous, 'off-register'. The question to his lover Nora Barnacle was “How Am I to Sign Myself?" For fun, I made anagrams of my name, “Trek Cobber” being the best I could do. Later, as my friend packed, and I sat on the bed leafing through a volume of “The Old West”, a 1979 TIME/LIFE series, my new name arrived with the resounding peal of a thunderclap, Robert Buck. As an alias, it immediately appealed to me for its economy and associations, notably stag, cash, son, and dislodge.

It was only in the silence and distance of the desert that I could have been called upon. I was initially afraid to share my epiphany with anyone, for it was so new, appropriate and precious. I was also cognizant that it was 'artistic', aware that art was the sole discourse in which 'making a name for myself' would matter. As I feared, it was when I informed others of my self-nomination in April of 2008 that things became intense and discouraging.

Why did I identify with Joyce? I glimpsed in his biography and writing, as interpreted in the later teachings of French psychoanalyst Jacques Lacan, traces of my own life and the stabilizing effects of art. Some aspect of the way we’re 'knotted' by language faltered for Joyce. A unifying ring that keeps the tie and the ego from unraveling was inoperative, the fundamental signifier 'bequeathed' by the father. Aptly called The Name-of-the-Father, it is the metaphor for language itself, allowing things to be named or symbolized and organizing the world. At the same time, as a paternal function, it establishes limits. Homophonically in French it can be heard as 'The No-of-the-Father'. It is the 'primordial' signifier that enables a speaking being to cohere in language. If this unifying device by which to sustain or regulate existence –– body, desire, enjoyment, loss –– fails, it must be invented.

If I saw myself in Joyce, I likewise found an artistic precedent. I 'knew' that my art had precipitated Buck, and that my 'exchange of vowels' epitomized my 'signature' style. But the knife cut both ways. I sorely underestimated the indelibility of 'brand' in the art market. I have always described my work as a means to index early, often traumatic experiences that at the time I could not bear or represent in order to survive them. Basically by making art I strove to establish a bulwark against my fears of being overtaken by a surplus of forces – anxiety, longing, enjoyment – which chance events and contingencies could reignite within me. Evidence of my struggle infuses the work, just look at it! Violence, bodies, wounds, holes, camouflage, mimicry, memorials, erasure, guilt, corruption, sex and death, even my own. And much of it is haunted by the presence––or is it the absence––of the father.

The reaction to my new name by others, though rarely artists, was very often virulent. Myself included, for I was initially anxious, defensive and guilt-ridden. Yet I cannot say that the vacuum my reticence created was not revelatory or productive. Everyone seems to have taken the Oedipal dimension literally. To symbolically kill the Father, the signifier that collectively structures civilization, really disturbed people. I broke the law. Metaphorically speaking, I was accused of killing myself. Anyway, it’s done, and in time the act will be obsolete, like a pseudonym scrawled on a urinal, “R. Mutt”.

In the face of censure, alarm and reprisal, what fortitude and joy to be able to re-inscribe one-self in this singular way. The ordeal has shown me that too many people, circumscribed by insecurities and unhappiness, can be threatened by the enjoyment of others, or agitated by the idea that someone may claim to be the captain of their own fate. An evolution.

I have come to think of Buck, my self-made name, as ethical. Psychoanalysis taught me to pursue my desire, to never renege on it. It was Joyce’s writing that knotted him by restoring the defective loop by which he could adhere to the symbolic, however loosely. (There are no metaphors in “Finnegan’s Wake”, so is it literature?) His writing was his symptom, his own idiosyncratic invention, or as Lacan called it, his sinthome. My singularity is knotted sequentially gesture by gesture, work by work, exhibition by exhibition, 'horizontally'.

Isn’t it fascinating? Such a hue and cry because I replaced one letter of four in my father's name, a name I didn’t choose but was given. I did know better. I was beckoned to go farther, to a 'beyond', through the making of art. As a work or act of art, the equivocations of 'my vowel movement' littered how I had been riddled by language.